Vision - Through innovation & collaboration, we provide essential mission critical solutions for our customers – whether it be the American warfighter, Aviation or Homeland Security, all while creating the company we always wanted to work for.

Mission - To be the leading provider of Radar & Communications, Spectrum Dominance, Optronics and Airborne Solutions for US Government Defense & Civil Agencies.

Strategy - Differentiating ourselves in the market utilizing Hensoldt’s proven product solutions tailored to our customer’s needs, while building a trusting and lasting partnership.

To strengthen our position as a technology leader we are investing in the development of technologies for the future, such as cyber-hardening, automation and robotics.

At the heart of our company culture are the values we share, giving the success of our company a common, solid foundation. These values – already adopted by our predecessor companies and developed even further - are fundamental to our core and have a profound impact on all other areas of our business.

In this sense, everything we do is based on the value of Collaboration partnered with team spirit and respect, openness, transparency and trust, i.e. overcoming organizational lines and taking on challenges as one team. Based on this foundation HENSOLDT Inc. rests on three pillars: Excellence, Ownership and Innovation. Bearing the roof of the entire building is Entrepreneurship.

By being entrepreneurs, we act on behalf of our company by making conscientous decisions, constantly aspiring for excellence, and accepting accounatbility–all in the best interest of our customers.

Ownership keeps us liable for our decisions and actions, holds us responsible to both colleagues and customers, and helps us initiatve positive change from within the company.

Excellence is at the core of our success, but only if it is paired with efficiency, agility and simplicity. Excellence is of no value to us if it doesn't provide value to our customer.

Innovation is a constant at Hensoldt Inc., requiring a sense of creativity and passion, as well as the ability to look outside the box and take chances.

With our wide product range, we cover all types of applications in air, sea, land and security missions and enable our customers to maintain superiority when it comes to monitoring the electromagnetic spectrum. Our solutions are deployed on various platforms, including helicopters, aircraft, unmanned aerial vehicles, ships and submarines, armoured vehicles as well as satellites.

HENSOLDT - Detect and Protect
We embed our videos via YouTube. To watch the video, you have to accept cookies. 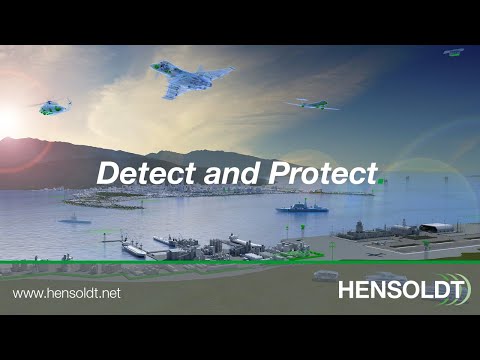 Mr. Webster recently joined the Hensoldt Inc. team as Interim CEO.  Mr. Keith Webster is President of the Defense and Aerospace Export Council at the U.S. Chamber of Commerce. He served as the Senior Vice President for Defense and Aerospace at the U.S. India Strategic Partnership Forum. Previously, Mr. Webster served as the Director, International Cooperation for the Under Secretary of Defense (USD) for Acquisition, Technology and Logistics (AT&L). The International Cooperation office was founded in 1979 to advance U.S., Allied and friendly foreign military capability globally. The growth in international activity specific to defense acquisitions and the requirement for more effective cooperation with U.S. allies and partner nations in research, development, production and sustainment of military systems gives prominence to international cooperative policies and programs. The Director supports the USD (AT&L) and the Secretary of Defense on all international matters by developing, monitoring and leading the implementation of international armaments cooperation policies within the Department of Defense (DoD) in close coordination with U.S. Government agencies, foreign governments, and U.S. and foreign industry. Mr. Webster serves as an advisor to the Secretary of Defense, senior OSD staff and Ministers of Defense globally in this capacity.

In his previous assignment, Mr. Webster served as the Deputy Assistant Secretary of the Army for Defense Exports and Cooperation from 2007-2012. In this capacity, he was the U.S. principal responsible for the Army’s Security Cooperation programs serving as one of the Army’s senior international advisors. Responsibilities included all matters involving security assistance, export policies and oversight, direct commercial sales of Army defense articles and international cooperative research, development and acquisition. These programs directly involved over 2000 Army civilian and military personnel and exceeded $20B annually in sales and cooperative efforts with over 100 foreign countries.

Mr. Webster also served as Principal Director (PD) Business Operations (DBO) in the Defense Security Cooperation Agency (DSCA). He was appointed to this position in August 2003 and at that time joined the ranks of the Senior Executive Service. The DSCA PD DBO administers the financial aspects of all Foreign Military Sales programs, to include the Foreign Military Financing Program and develops policies and procedures to control the financial execution of security cooperation within DoD.  The PD DBO manages budgeting, allocation accounting and reporting for fiscal authorities and execution of the security cooperation program valued in excess of $220B. Further, the PD DBO is the Head Contract Authority for the DSCA.

Mr. Webster was awarded the rank of Chevalier (Knight) in the French Order National du Merite at a ceremony officiated by the Ambassador of France to the United States, Mr. Francois Delattre, June 8, 2012. Mr. Webster was awarded the Swedish Defence Materiel Administration's Medal of Merit (Silver) by the Director General of the Defence Materiel Administration, FMV, Ms. Lena Erixon, January 22, 2013 (first time award to a foreign national). He was also awarded the Department of the Army Decoration for Exceptional Civilian Service, by the Secretary of the Army John M. McHugh, February 15, 2013. Mr. Webster was awarded the Presidential Meritorious Rank Award by President Obama in 2015 and the Department of Defense Medal for Distinguished Public Service by the Secretary of Defense Ash Carter, January 17, 2017.

As the Chief Financial Officer at Hensoldt Inc., Greg Schaub has over 20 years of experience providing analytical and innovative approaches to achieve long-term financial growth, profitability, and operational excellence within the Defense, Intelligence, Homeland Security, Civilian Agencies, State and Local, Commercial, and International sectors.  Prior to Hensoldt Inc. he served as the VP of Finance and Contracts at Culman International, VP of Finance at PlanetRisk Inc. and other leadership roles at Constellis and SRA.  His successful financial strategies have helped companies capture billions of dollars in contract awards, improve systems, processes, controls and procedures.  Greg transforms key business metrics into actionable strategies, benefiting the overall efficiency of the firm, insuring excellent client service and meeting company growth targets.

As Vice President of Business Development at Hensoldt Inc., Lew Iadarola brings over 26 years of experience and leadership roles in various organizations throughout our industry.  Prior to Hensoldt Inc., Lew served as Sr. Director of Business Development at Meggitt and Cobham.  Past experience also includes Hitachi America and Ion Track (now IDemia).  His comprehensive understanding of both current defense and civil markets helps transform business opportunities into successful wins.

As former Under Secretary of the U.S. Air Force from 2016-2017, Lisa Disbrow has served as Assistant Secretary of the Air Force for Financial Management and Comptroller from 2014-2016.  In this role, she was responsible for a budget of more than $130 billion.  Ms. Disbrow retired as a Colonel from the Air Force reserve after 23 years of service.  She holds a Bachelor of Arts in Foreign Affairs, Master of Arts in International Affairs and Master of Science in National Security Strategy.

Jill Kale comes to the Hensoldt Inc. Board of Directors with an extensive background in the aerospace industry. Kale was previously the president of Cobham Advanced Electronic Solutions (CAES) until 2019. Previously, she was vice president of airborne surveillance for Northrop Grumman's Electronic Systems sector and held vice president roles within sector operations, program operations, and systems development and technology. Kale earned a bachelor's degree in industrial engineering from Rutgers University, and a master's degree in business administration from George Washington University.

Prior to his current position as Head of International Business Development, Russell Gould was CEO of Kelvin Hughes Ltd from 2007 until September 2017. Having led the Company through its management buyout from Smiths Group PLC. Prior to this, Gould worked for BAE systems in Italy and Oman, heading up the Project Engineering Management function. He is also Chairman of the UK Maritime Trade Association, SMI, and sits on the Government / Industry Trade body, Maritime UK.

Russell Gould (Born in Watford, UK in 1963) holds a First Class BSc degree in Electrical and Electronic Engineering from Bath University, is a Chartered Engineer, and is a Member of the Institution of Engineering and Technology (MIET)

Prior to his current position as General Counsel, Solms Wittig was the Chief Legal Officer and Chief Compliance Officer at Linde AG in Munich, following several management positions at WTS Group AG in Munich and in Siemens AG's Industry Sector in Erlangen. Wittig was active in various functions at Siemens AG, Deutsche Bank AG and Lovells Boesebeck Droste. From 2010 to 2014, Wittig was a member of the Supervisory Board of Commerzbank AG, manroland AG and WTS Group AG.

Vance Serchuk is the executive director of the KKR Global Institute, responsible for geopolitical analysis with particular focus on defense, security, and emerging markets. Mr. Serchuk is also a member of KKR’s Industrials industry team, where he covers defense and industrial technology. Mr. Serchuk has been involved in KKR's investments in United Group (SBB/Telemach), Hensoldt, and Afriflora. Prior to joining KKR, Mr. Serchuk served as the senior national security advisor to Senator Joseph Lieberman (I-Connecticut).

Hensoldt Inc. offers customers first-class sensor systems for protection, for surveillance and for situational awareness, tailored to our customer's specific needs and requirements. We develop innovative, integrated and customer-specific solutions in the segments radar, IFF and comms, spectrum dominance and airborne solutions, optronics and customer services.

Our passion for innovation is not only engrained in our DNA, it's in our name.

The name HENSOLDT stands for premium solutions, the combination of excellence, innovation and efficiency. The company was formed from Airbus’ defense electronics activities, which were spun off from the Airbus Group in 2017 and have now entered the market together with the former Airbus DS Optronics as a new sensor house under the brand name of HENSOLDT INC. The HENSOLDT brand draws its German lineage from Moritz Carl HENSOLDT (1821-1903), a German pioneer of optics and precision mechanics, who developed benchmark technology solutions and products in his field.

With more than a hundred years of experience in high-performance technology, HENSOLDT INC. is in a great position to capitalize on its German heritage.